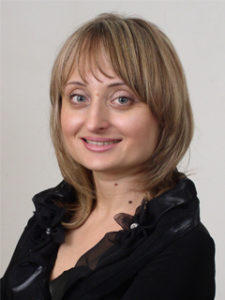 2009–2010 – Responsible executor of state research “Models of software and hardware design energy-saving digital computing SoC to simulate and enhance the functionality of a human on an example of a complex robotic”;

2011 contract research “Development of a conceptual model for the process of digital systems projects verification with limitations in the UPF format for efficient electricity consumption” (customer – Aldek-KTS, supervisor);

2000, 2005 – fundamental research within an Agreement cooperation on scientific and technical “Strategic partnership” with the firm Aldec Inc. (USA);

Executive secretary of the scientific and technical journals “Radioelectronics and Informatics” (since 1999) and “Automated Control Systems and Automation Devices” (2000 – 2016).

Member of the Organizing Committee for the preparation and holding of the All-Ukrainian Olympiad on Technical Diagnostics (2009-2011).

S.V. Chumachenko is a holder of the third Degree Certificate which is included into the data base of the best specialists of the region. She got a diploma “The Best Lecturer of KhNURE of 2003”.

S.V. Chumachenko is a holder of the City Award “The Best Young Scientist of Kharkiv” (the Diploma of the City Mayor) in the nomination “Scientific Activity” (2004).

For significant achievements in science she got grants named after G.F. Proskura (in engineering sciences) from Kharkiv Regional Administration (2005). S.V. Chumachenko is a holder of the Certificate of International Recognition from IEEE Computer Society for voluntary work in organizing scientific symposia – “IEEE Certificate of Appreciation for Significant Services to East-West Design and Test Symposium for over Three Years” (2006).

For her long-term, conscientious work, for considerable contribution to the development of education and science, for training highly qualified specialists she was given a Certificate of Appreciation from the Dzerzhinsky District Administration (2010).

She has more than 200 publications, including 5 monographs and sections in collective monographs, among them 2 – abroad in the publishing house Springer, 60 publications in Scopus scientific and metric database.